Emission standards for diesel engines are getting stricter every year in Europe.

And Europe is the second largest market in the world for diesel fuel injectors.

You will have heard of euro 2 and euro 3 and so on;  these are the standards set by the European Commission for fuel exhaust levels.

Diesel fuel emissions are in the news at present and there is always pressure on the manufacturers to improve the emissions.

Diesel and petrol fuel injectors are complicated parts in a modern engine.

To give  a clearer idea of this size the human hair is around 100 microns in diameter!

This gives us a clearer idea of the very fine tolerances in a modern diesel fuel injector. Problems can arise when dirt is drawn from other parts of the engine like the fuel tank .

Modern diesel engines work at very high pressures so any dirt can cause a reduction in performance.

It could be,  for example,  that the pump is not producing enough pressure.  It could be a fuel metering valve problem or it could be contamination in the fuel rail.

Of course this does not exhaust all the possible causes of the low fuel pressure problem.

A spokesman for Delphi diesel components has said garages must also play a part in ensuring injectors and pumps are not damaged or contaminated during the fitting process.

He continues the areas where such components as pumps and injectors are stored and worked on needs to be clean and torque settings must be adhered to.

A certain percentage of the items returned to reconditioning companies are returned because they are contaminated or have not been fitted properly – there is no fault with the unit!

Another problem is when injectors are not programmed properly

Other problems can include the fuel pump itself although the fuel pump should last for a long time if the vehicle is properly serviced and maintained.

Unfortunately diesel fuel does have dirt in it these deposits to build up on the fuel injectors This results in an alteration of the spray pattern and the amount of fuel being injected becomes less efficient. 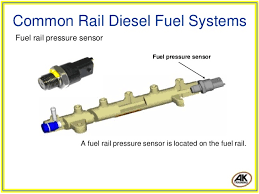 “Over the moon with this part as Audi wanted over £600 for a fuel injection pump”John W Yes! John... read more

How can we improve air quality in our cities?The Mayor of London Sadiq Khan has called on the government to... read more

Should you use diesel with added bio fuel or should you avoid it?Do you buy your fuel from supermarket... read more